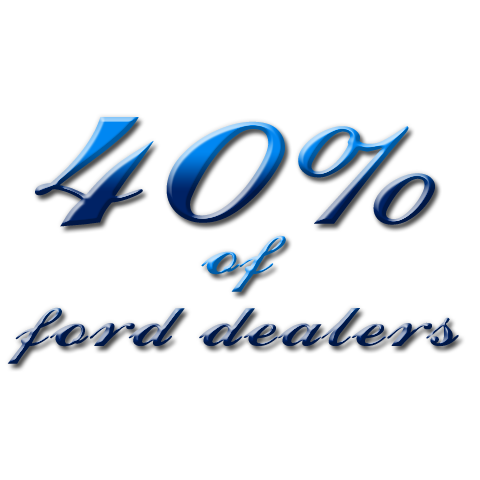 TJ opened the meeting and welcomed attendees with a review of the previous minutes, highlighting key items for later comment.

MM commented that the company outlook was very positive, with continued business growth. A number of new products are announced that will differentiate us and further strengthen our business development through 2015 and beyond. In a competitive and growing DMS market, we take increased confidence from the new sales and investments made by existing customers, as well as highly positive feedback from new business. Raptor – SH explained that the new Support Portal is the primary window for all customers to access our Support organisation and encourages all dealers and their staff to take advantage of this new communication channel. All our internal systems and processes for Support, including raising concern tickets, escalation, monitoring status, new feature requests and ideas, integrates directly into the internal development workflow and management reporting. It is now the main contact point for customers, more interactive than e-mail and offering a more transparent view for users. Telephone support will continue to be available, although email will be phased out over coming weeks, as Raptor is adopted by all customers and becomes the new standard for all support queries. Positive feedback regarding Raptor use was received from BE. JP commented that it is dynamic and extremely useful for dealers. AG asked if there could be a shortcut from the DMS menu to assist customers and SH agreed to consider this in a future release. CM explained that a ‘new authorisation button’ request for Raptor will be presented to any user who contacts Support via email. TJ asked if a new specific communication to dealers is appropriate to re-reinforce the significance and benefits of Raptor for all customers. SH agreed that this could be covered again in a future newsletter and information is already on the website. TJ suggested that the NFRDA dealer forum might also be a useful channel to raise awareness. SH also explained that there had been a company-wide upgrade to Office-365 that provides major improvement to internal communication and processes. Our brand new website, launched on November 1st is re-designed to offer latest and most appropriate content, with ease of navigation and is a fully responsive site. The new website will be a focus for continual improvement and SH encouraged all dealers to review the site and offer any feedback.

eVHC graphical management reporting CM stated that it is now released to pilot and will be available in the phase 3 release due in Q1 2015. It includes the photographic attachment feature, tyre interface with predictive use, adding make, model, speed rating, etc. It also supports intelligent upsell in the background. Non-stocked parts also features as part of the eVHC phase 3 release. AG suggested that it would be very useful to have a similar Motability interface with images rather than just having to use the online portal with their check-sheet. MM agreed to investigate this integration opportunity with Motability.   Campaign 365 SH explained that development is progressing well, with target delivery by end of this year. We expect to be in in pilot at start of 2015. TJ commented that this is a very significant and important new feature and holding to the timing is seen as vital. JP asked about the benefits of incremental features and CM explained that Campaign 365 scope has grown for all the right reasons, to be a fully inclusive package. It replicates MME functionality with a wizard system allowing ease of campaign creation and modification, rich fill colour HTML email, integrated to social media accounts, intuitive campaign settings & control, ROI analysis, replaces MDF360-type follow-up filtering, consolidates multiple reminders into single customer communications, etc. JP asked about the applicability of Campaign 365 to the car sales department, as well as aftermarket campaigns. CM explained that it is designed to work for the whole business and across all sales departments. MM stated that Campaign 365 will fully support the dealer requirements with manufacturer quarterly marketing programmes, allowing specific templates to be designed for targeted campaigns. Working with the pilot dealers (Hodson Ford and Motorcare) we will assist to develop appropriate start templates, so that the value of the new product is fully appreciated by our customers. AG asked about product scope with DX and Paradox. CM confirmed availability for both platforms. CM commented that costs were not yet defined, but we would take into account the individual dealer investments that had been made with the current MME product, as they upgrade to Campaign 365.   Open System Interface (OSI) SH explained that development of a completely new showroom system would effectively be a loss-leader. Dealers have their own preferences and manufacturers are placing new showroom standard demands on dealers. Our approach with OSI is to build one generic interface that opens up two-way communication. Third-party products such as DealerWeb, MLM, Close-it, Dealer Internet (Pye tool) and eDynamix will be able to integrate through a published suite of web services, exposed via an API middle layer that controls the integrity and security of the data. We have initially defined sales, customer and order details, but OSI will extend to include workshop and financial transactions. The benefit for dealers includes flexible choice of third-party services, avoidance of data re-keying, real-time updates and data integrity. SH explained that there will be a development licence and we will open up to limited partners who have relationships with our customers. DJ asked about areas of overlap and clashes in responsibility. SH stated that we will have to manage the responsibility working with only credible third-parties. AG suggested that body shop partners should be included. SH stated that this would be possible in future iterations of OSI. SH confirmed that OSI is only a feasible product offered with our Evolution DX platform, for purely technical reasons. OSI is available now for the third-party suppliers to integrate the sales, customer and vehicle data.   TechMate CM explained and reviewed a concept to replace the current Workshop Bar Clocking module. TechMate will be a tablet-based Android APP allowing technicians to fully manage productive and non-productive activities with full integration to Evolution DMS. TechMate will be available for all technicians and reduce non-productive time by integrating onto existing Android tablets offering a more flexible, accessible and controlled solution. Existing tablets utilised for eVHC would also allow Techmate functionality to be included. The full scope of the product will be defined and development will commence this year. TJ asked that Technician notes & comments be included in the scope. SH commented that the APP development experience from previous eVHC tablet work will afford us a fast start for the TechMate development. It is expected to be in pilot during Q1 2015, available to customers from April 2015.

SH confirmed that new e-Learning and WebEx sessions will be developed to support the launch of new products such as Campaign 365 and TechMate. New marketing campaigns and awareness via customer newsletters and the new website will explain benefits of all new product features.

ESBOL SARA FSA – MM stated that adoption by customers has been less than expected, despite the excellent feedback from those who use the interfaces. It was agreed that the User Group would be offered a 3-month free trial period to assess the value of the interfaces, provide feedback, then new marketing actions will be reviewed with the Ford customer base. REACT! – MM explained that it is a mandatory interface for Main Dealers, though only recommended for Retail Dealers. Currently in pilot with Motorcare and data extracts are being tested with the Ford REACT team, although lead-times for validation is weeks rather than days. The general consensus is that the Ford position regarding REACT! as a mandated or optional strategy is unclear for retail dealers. TJ commented that the situation with Ford requiring DSP to develop interfaces but not requiring dealers to use them, has a negative impact on delivery of dealer-driven interfaces and this needs to be addressed with Ford working groups.

Windows 7 – AG asked if screen windows can be maximised under Windows 7. SH asked for details of specific screens that are causing issues and AG agreed to provide examples. Online Booking – BE had asked if there were any plans. SH stated that it could be developed with both Evolution DMS platforms, but it would need to be more interactive than just e-mail bookings. A partnership will be considered for development later in 2015. Workshop Flow System – SH agreed that there is potential for development later in 2015 following on from TechMate and other planned aftermarket developments. Bi-annual Health Checks – SH confirmed that these are actioned twice within a 12-month period. General consensus is that dealers need to be contacted in advance to agree the areas to focus on at the reviews, so that all staff benefit through a structured agenda.  SH pointed out that if training is required then Professional Services would be needed to offer this specific support to dealer staff. Ford Deposit Allowance – SH confirmed that the requirement for a separate line item on invoices will be available in the December release. Barclays PingIt App – general consensus is that it is not a requirement or suitable for dealer POS business and therefore no action required. TJ suggested that having new members on the User Group would be an advantage to provide diversity of ideas and cover when people are unavailable. TJ will discuss with some interested dealers and look at a communication via the NFRDA forum.